Getting to Madrid: train 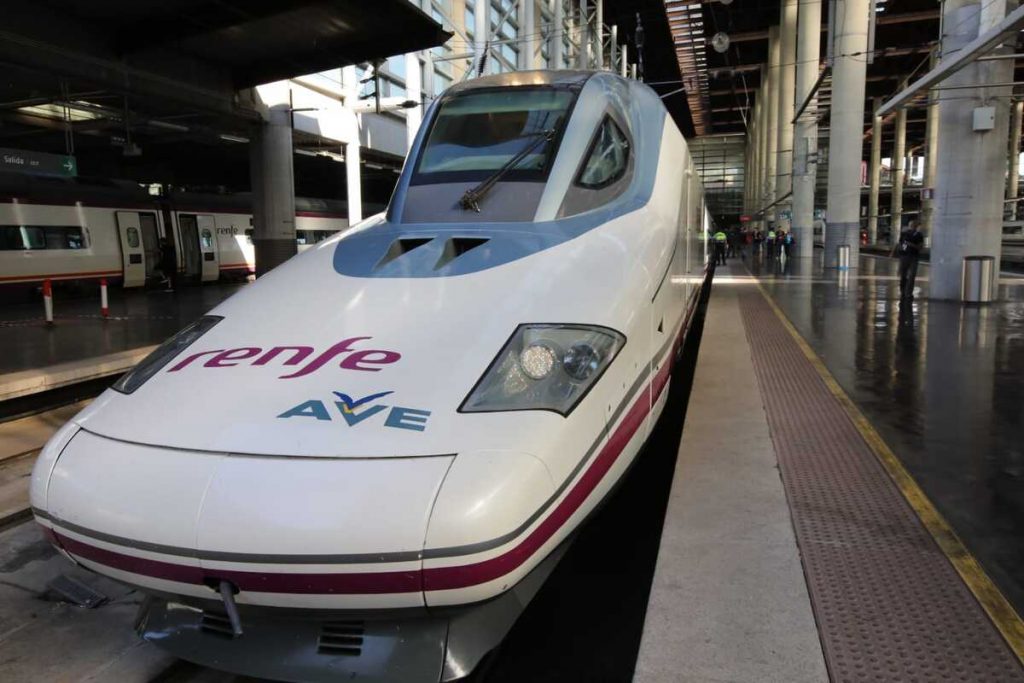 How to get to Madrid? Train is the best option, especially of you are traveling from another Spanish city.

Catching a train is the easiest and most comfortable way to travel around Spain. The country has currently almost 16,000 km (10,000 mi) of railway infrastructure and more than 1,550 stations.

Renfe Operadora, a public company, is in charge of managing most the passenger train routes throughout Spain. It used to have the monopoly in the high-speed lines, but nowadays you can use other railway operators.

If you want to plan your train trips around Spain, have a look at a complete tutorial about train travel in Spain. There you can read all the information you need to organize your train journeys throughout the country.

Additionally, you can also read more information about getting around Madrid by train. This is particularly interesting if you are planning one or some day trips from Madrid.

There are different types of trains linking Madrid to other cities and towns in Spain.

Madrid is the city with the largest number of long distance routes, most of them using AVE (Alta Velocidad Española) trains. These are high-speed trains reaching more than 310 km/h (193 mi/h), and allowing you to get to your destination extremely fast.

In addition to this, Alvia trains connect Madrid with other Spanish cities such as Cádiz, Bilbao, San Sebastián and La Coruña.

OUIGO Spain services will gradually be extended to other high-speed lines in Spain.

Iryo is the new brand from railway operator ILSA. The company is made up of the partners of the Spanish airline Air Nostrum, and Trenitalia, the Italian state-owned railway operator.

It operates on a single route:

Madrid has moderate speed train connections with 20+ cities along the country, as well as many other stops along these routes.

All these routes are operated by Renfe exclusively, and covered by comfortable and reliable trains. While Renfe offers very convenient fares, it’s true that these trains are considerably slower than AVE and Alvia ones.

Alternatively, you can catch a regional bus. Prices are also very cheap for what you get: the vehicles are generally very comfortable and modern (most companies offer free Wi-Fi on board), and they are rarely late (traffic permits).

The Cercanías or commuter service is operated by Renfe exclusively. It comprises 9 railway lines that run all over the Madrid region (comunidad autónoma).

How to get your Madrid train tickets

Fortunately, buying any Madrid train ticket is extremely easy. It only depends on the type of train you plan to catch.

As I already mentioned, Long Distance train fares have a similar system to those of the airlines. They vary depending on

So the best way to find cheap train tickets for all train journeys is buying your tickets in advance, as soon as you know your travel dates.

In addition to this, Renfe charges you an extra fee if you purchase your tickets at any train station ticket office.

Save time and money getting your Long Distance or Moderate Speed train tickets online!

Cercanías train tickets can be bought from machines at the train station and if available, ticket windows where Renfe staff can help you out. It’s easier to use the machines, but you can always go to a ticket window if you speak a bit of Spanish and need extra help.

You can’t use any bus or subway ticket on the train network, so you must purchase your Cercanías train tickets before boarding any commuter train.

If you want to explore the regions of Spain using the local train service, you might want to consider a Renfe Spain Pass. The Pass lets you hop on and hop off local trains at your convenience. These local trains arrive and depart frequently and are nicely comfortable.

A Renfe Spain Pass gives you unlimited travel throughout Spain. Choose from 4, 6, 8, 10 or 12 journeys of train travel from Madrid — that can be used consecutively or separately.

The city has two main stations: