How to use the Metro Madrid: 10 tips to navigate like a pro 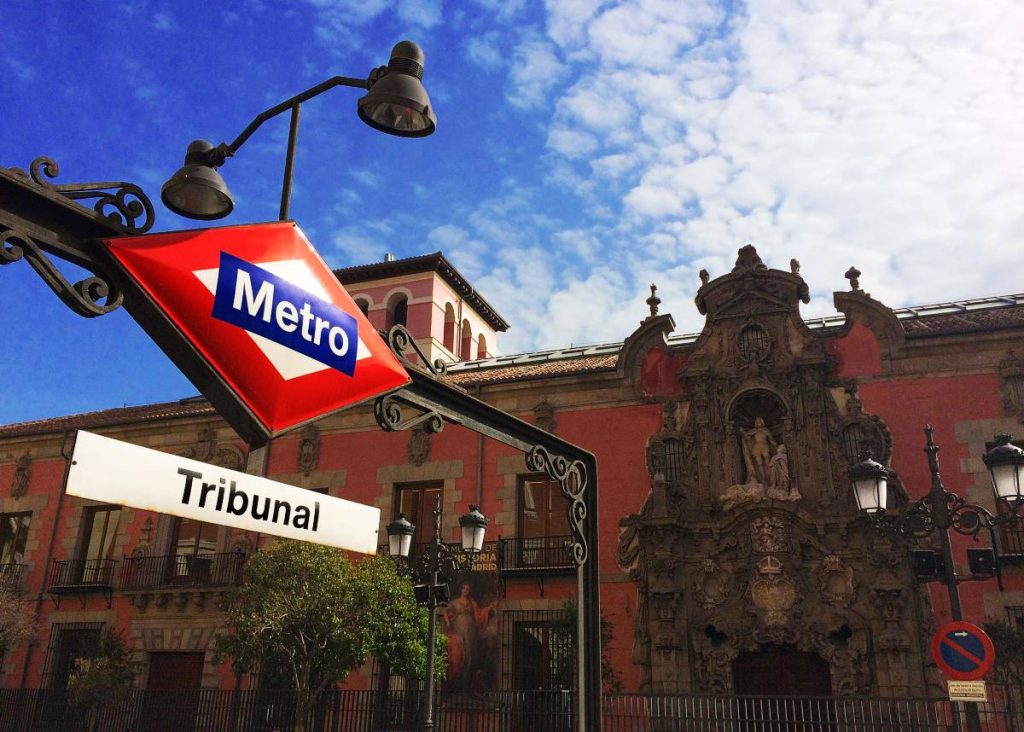 Metro Madrid is a fast, affordable way to get around the city, but it’s also one that has its own etiquette and set of rules. Learn some valuable tips for riding the Madrid subway and you’ll be traveling around like a local in no time.

Just in case you were wondering… These are not your typical Metro Madrid tips!

As a Madrid native, I feel the need to share my tips on how to best ride the Madrid subway and avoid common mistakes and practical traps.

You can’t imagine how many foreigners I have seen over the years painfully dragging their oversize suitcase over the zillion steps of the Metro Madrid stations… For sure, they read “el metro” was the cheapest, fastest way to move about the city. There’s nothing wrong with that, if only you know the do’s and dont’s like any Madrileño does!

Follow my tips, get your Madrid Tourist Travel Pass and you will be all set to hop on the Madrid subway.

One of the most helpful things about Metro Madrid stations is the maps located near the entrances.

In addition to having a map of the Madrid subway system, there is normally a neighborhood map that shows the streets in the area in detail.

It’s a good idea to check out the map before you leave the subway, but it’s also great to know that, if you are lost near a subway station, you can always duck in and check out a map to find your way around.

Alternatively, use the Metro app or download a favorite of mine: Citymapper.

2. Move away from the Madrid subway doors, would you please?

If you are sitting in the designated sitting area, earn some “good tourists” points by offering your seat to an elderly person, someone traveling with an infant, or a pregnant woman.

Say “¿se quiere sentar?” (would you like to seat) with a smile, and you will notice a vibe of appreciation coming from all your fellow passengers. You may even get a nod or a smile out of them.

If you are an elderly person or pregnant yourself, don’t hesitate to ask for a seat: “¿me puedo sentar por favor?” (please may I sit down?). It’s common practice, and people should offer their seats gracefully. A courtesy that may need a friendly reminder (especially when the commuter is conveniently staring at his or her smartphone…).

4. Keep your bags (and your feet) off the seats

Keep in mind that even if the subway isn’t very crowded when you board it may get more crowded quickly, so you should keep your bags on your lap or on the floor in front of you if you are sitting down. Keeping your feet off the seat ensures that fellow passengers have a clean place to sit when they ride the subway.

Don’t wear your backpack on the subway, especially on a crowded train. You will be banging into people, so take it off and put it in between your legs to minimize space.

5. Keep your Metro Madrid ticket until you go through the exit doors of the subway

Always keep your valid ticket with you until after you exit the Metro Madrid network. Don’t throw it in the trash as you have just exit your subway car.

There are frequent controls in the corridors, or by the exit (not just within the subway car) and if you don’t have a valid ticket, you will be fined!

6. The Metro Madrid is full of stairs

Think twice before riding the Metro Madrid with a large suitcase or a bulky strollers. The Madrid subway is mostly underground.

In any case, getting to the Metro Madrid platform will involve stairs. A lot of stairs! You have been warned.

Some stations do have elevators, but some don’t.

Going through the subway entrance ticket gate with large suitcases or a stroller may not be easy. In a lot of stations, you do have a side gate with a button you can buzz, and a clerk should let you in. If you have to do this, first put your ticket through the ticket machine at the gate so you have a valid stamped ticket. Then go through the gate…

If there is no such gate, I suggest pushing the said suitcase or stroller before you, and following fast: the ticket gate should stay open long enough for you to go through! (Pray it does…)

Honestly, don’t take the subway with a large suitcase, especially when it’s not a direct route… No true Madrileño would! Check the bus routes, or splurge for a taxi, a Cabify or an Uber!

7. Think twice before making a connection on the Madrid Subway

So, you have your Metro Madrid map in your hand, or are consulting a great Metro app (the Metro app or my favorite: Citymapper). You know the Madrid subway station closest to your destination, and are now figuring out the fastest route to get there. It may involve several connections (una correspondencia).

If it’s a short one, you are in luck! Sometimes, the connecting train will be just across the platform (after going up and down some stairs of course…)

Just be aware that some connection are very long (and therefore involve A LOT of stairs). I have counted many 15-minute (of fast walking) connections in the Madrid subway… Thank goodness I was not hauling a suitcase!

So sometimes, you will be better off walking in the street, and enjoying the “fresh” air of Madrid and the view, rather than making a long connection underground for only one or two stops.

8. You don’t need another ticket when you are changing direction

The Metro Madrid stations are announced by a loud speaker, and there are also maps on the walls where you can check your itinerary. Some are electric and you will see the next stations lit-up. It’s always a good idea to check with the map that you are actually going in the right direction!

If you are not, don’t panic!

Just get off at the next stop, and follow the sign showing the first station name of the direction you need to go to. You don’t need to buy a new Metro Madrid ticket, you can change direction, and make multiple connections with the same ticket.

Your ticket is valid until you go through the subway exit doors.

9. Safety in the Metro Madrid: beware of pickpockets

Mind your belongings when riding the Metro Madrid. Unfortunately, there are many pickpockets, and they are extremely good at getting to your wallet, even if it’s in your front pocket or in your purse.

So wear your backpack on the front, on your chest, carry a purse which zips and keep you arm over it at all times. Better yet, wear a money belt (it’s not super trendy but it’s safe).

Be also careful with your smartphone. Unfortunately, thieves are now grabbing fancy smartphones and running away. So only look at your smartphone in “secure” situations, when you can hold it with both hands – not as your are climbing down the stairs.

Getting through the subway doors if you have a lot of luggage is going to be a challenge. Be aware that you are particularly vulnerable at that point. There is usually a buzzer which opens a gate on the side to enter the subway when you have cumbersome luggage or a stroller.

There are also a lots of beggars in the Madrid subway. Some will be in the corridors, some will board the cars, briefly shout out their sad life story and predicament, and then go through the car and ask for money.

Some people asking for money are artists, musicians… They will play something and then ask for money (enjoy if they are good!).

Whether you give money is up to you. You can always give something to a good musician, but you certainly don’t have to.

Watch out though: giving some change out of your pocket is not a problem. Getting your wallet out and showing bank bills could put you at risk. So, if you plan on being generous, keep some change in your pocket before you get in the subway!

Be aware of your surroundings. If you look aware, you are less likely to become the target of pickpockets. Unfortunately, this is also a question of pure (bad) luck!

10. How to go to or from Madrid Airport by Metro

The Madrid subway one of the many alternatives you can use to reach or exit the airport.

You have two complete tutorials on the subject that will guide you step by step: