How to buy Real Madrid tickets 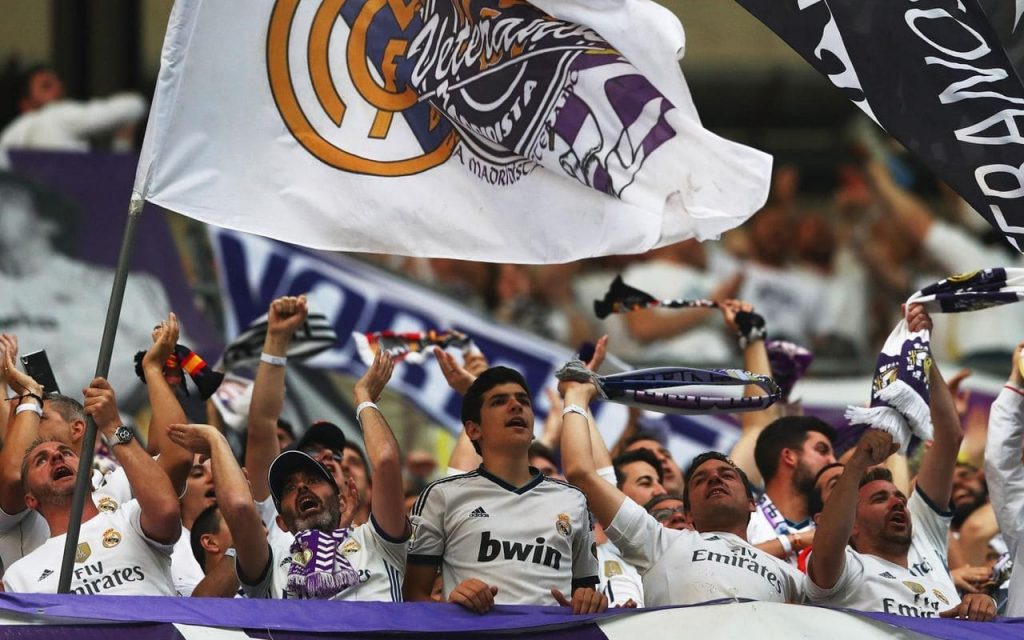 Get your Real Madrid tickets now! You can go to a team’s soccer match once every two weeks if you happen to be traveling to Madrid.

The club is one of the major players of the Spanish football league and its supporters ambiance is absolutely impressive. So attending this kind of event is a once in a life experience.

Real Madrid CF play at the Santiago Bernabéu, a stadium built in the late 1940s and renovated first in 1982 and then in 2001. Nowadays it has a capacity of 85,500 people. To be honest, the premises are fabulous but it’s always the fans that make a Real Madrid game one of the best things you can do in Seville.

This is a detailed and comprehensive guide to help you choose the football tickets that will suit your needs best.

The large majority of Real Madrid CF tickets are available online. Avoid the hassle of box offices. Why waiting in line when you can get them instantly from your computer or device?

What seats are best at the Santiago Bernabéu stadium? 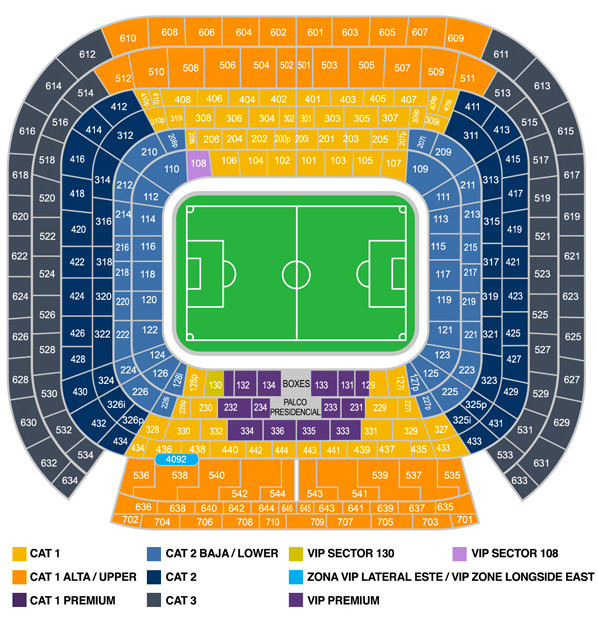 The Santiago Bernabéu stadium is divided in four zones:

These four areas are divided in turn into six levels: tiered from the bottom (closest to the pitch), grandstand and tiers, three sides and four ends, the fourth tier being the highest sector of the stadium.

These tips will help you select your seats.

The four areas of the stadium (Preferencia, East, North and South stands) are identified by different colors (blue, purple, green and red respectively), represented by colored bands at the top of the signs. There are several directories through the four towers of the Santiago Bernabéu stadium that schematically inform the location of each area.

Have a closer look at your ticket so you can get to your seat easily once you enter the stadium.

Puerta (Gate): Gate to get inside the stadium, sectors and seats.

Vomitorio (Vomitorium): Designates the passageway leading to the stands, grandstands and tiers of the stadium, and through which you as a spectator can quickly leave at the end of the match. The vomitoriums are all identified with a number to facilitate their access.

Each sector is represented by three figures, the first number being the one which determines the level in which your seats are located. The remaining two refer to the numbering of the sectors. These examples may be helpful: 1xx high tier, 2xx grandstand 3xx first tier…  Don’t worry if you are not sure, or you get a little lost inside the stadium. The club staff will be happy to assist you at all times.

Fila (Row): Now find the row where your seat is located. The row is marked on the stairs with a blue sign.

Asiento (Seat): Finally, look for your number in the row of seats. Remember that the even numbers are on one side and the odd ones on the other. Once you are there, feel the electrifying atmosphere of the Santiago Bernabéu stadium and experience an exciting football match with thousands of supporters!