Things To Do In Madrid: August 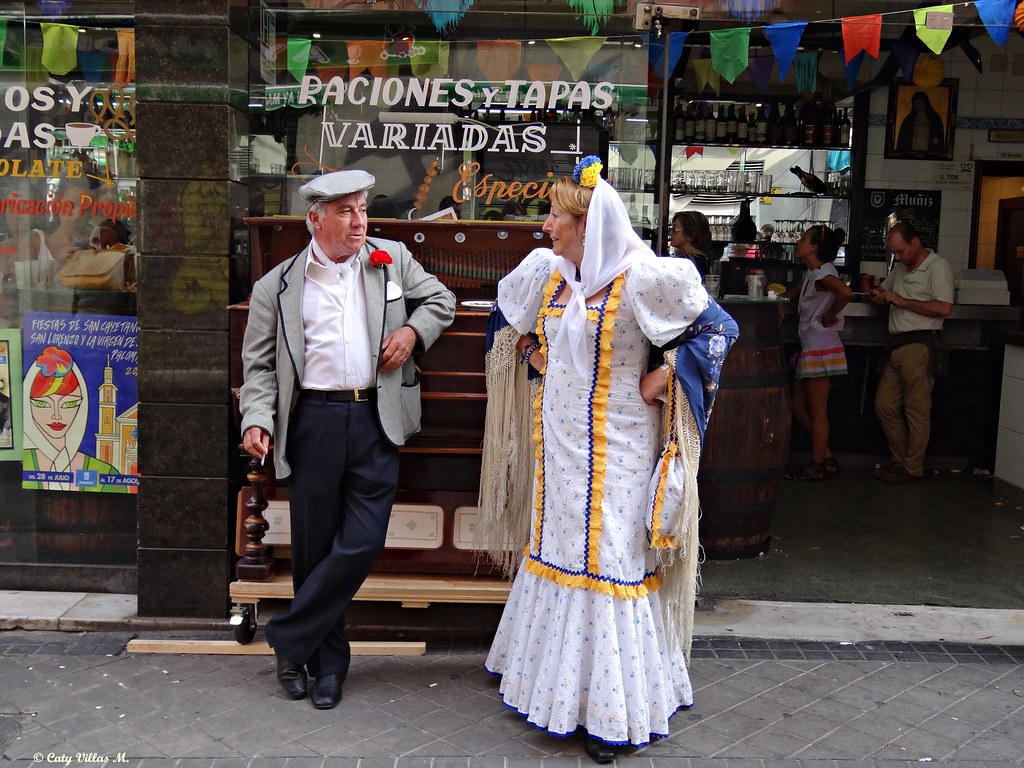 Similarly to July, August is a very hot month. Despite days start to become shorter temperatures are still very high particularly around midday. Rainfall is scarce except for some rare summer storms.

Even though in recent years customs have changed a little bit and people avoid to spend the whole month on holidays, August is a traditional summer holiday time. This is particularly true during the fist two weeks of the month and the city can be deserted at certain times of the day.

But there is nothing to worry about. I’ve spent many Augusts in Madrid and I love it. Nothing is crowded, there are no lines, the traffic disappears and the cultural offer is excellent. The secret to avoid the heat is simple; go out early in the morning and late in the afternoon. During the central hours stay inside.

August 7th: Fiestas de San Cayetano. Festivities are organized between August 6th and 8th in the area around Embajadores, where the popular Rastro is organized every Sunday. The program is quite long including a parade of people dressed like chulapos (the traditional Madrileño outfit), a dancing contest of chotis and pasodoble, several music spectacles, and even an open air cinema not to mention the usual procession from the Parroquia de San Millán y San Cayetano and later on around Ribera de Curtidores and Plaza de Cascorro.

August 10th: Fiestas de San Lorenzo. Despite San Lorenzo’s Day is on August 10th celebrations take place for 3 days in the Lavapiés neighborhood. Apart from the traditional procession from the Iglesia de San Lorenzo in the evening, there are concerts, kids activities and other entertainments.

August 15th: Verbena de la Paloma. The most popular summer party in Madrid usually takes place from August 12th to August 15th. Madrileños dress up in traditional chulapo suits and dance in the streets for the Verbena de La Paloma, as locals decorate the streets and buildings of La Latina where the festivities take place. During the daytime, there is a procession in honor of a painting of the Virgen de la Paloma, while night offers open-air festivities that the whole city attends including live concerts at Las Vistillas. Stroll around Plaza de la Cebada, Plaza de la Paja and the surrounding street to get a flavor of this popular celebration.

Veranos de la Villa: This is a very wide and complete program of cultural events that take place all over the city during July and August. Los Veranos de la Villa is an important summer festival offering performances of all types for both kids and adults. Choose among live music, art exhibits, flamenco shows, opera, and plays to run away from the heat.

Madrid is the city that never sleeps and this fame comes from its endless agenda. There is always something going on whether it’s a flamenco show, an Italian opera or a music concert. Here are some interesting things to do in Madrid in August.

1. El Prado, Museo Thyssen and Reina Sofia offer excellent temporary exhibitions during summertime. Both July and August are months in which Madrid receives many visitors from abroad and the managers schedule some spectacular exhibitions.

2. The bullfighting season in Madrid is incredibly long and you can attend a corrida at Las Ventas. While the best ones take place during the Feria de San Isidro, the summer is considered low season and ticket prices are a bargain.

3. Apart from El Retiro Park Madrid has other parks and gardens were you could have a pleasant walk and escape the heat. If you already know El Retiro and want to go somewhere else head to the Botanical Gardens, El Parque del Oeste, Los Jardines del Moro below the Royal Palace or El Parque de Juan Carlos I.

4. The sunsets at the Debod Temple in August are a favorite of mine. You can still go there at any time of the year but the light will be completely different.

5. Madrileños love terrazas, and if these are located on some rooftop the experience is even better. The city is full of alternatives and apart from having a refreshing cocktail you will enjoy an impressive view over Madrid.

Bonus: Are you travelling with kids? Why not taking them to an amusement park or the zoo? Actually, the list of activities suitable for children is a long one. And they will love all of them.

You should visit Madrid in August because