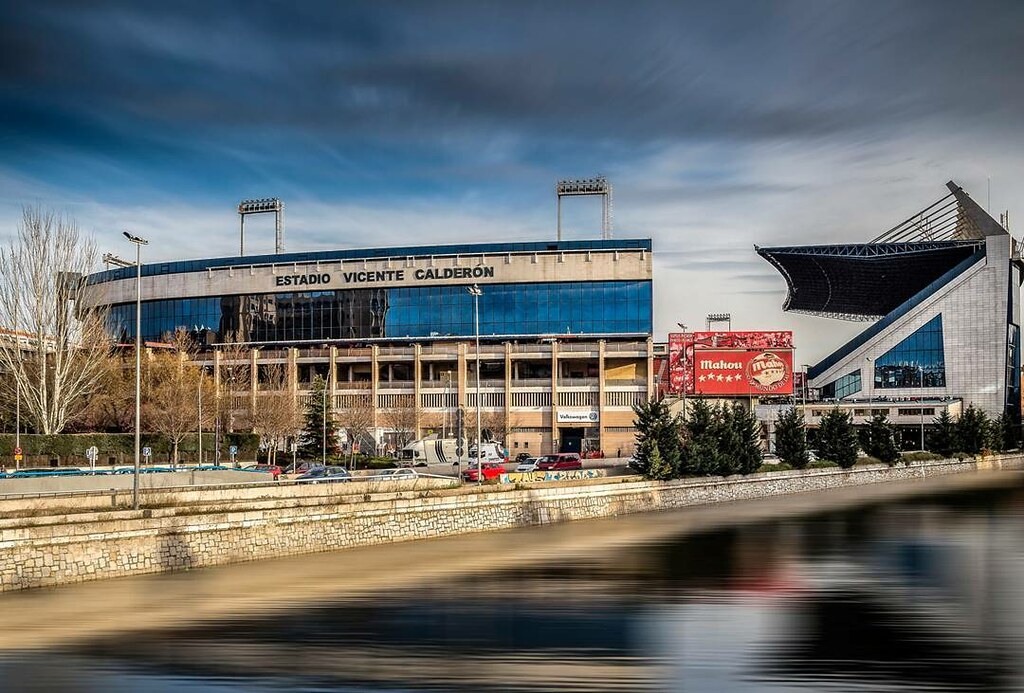 The Vicente Calderón stadium was demolished in the summer of 2020.

The Vicente Calderón hosted the home matches of Club Atlético de Madrid. The last season played there was the 2016-2017 one.

The stadium was inaugurated in 1967, as a replacement of the Estadio Metropolitano de Madrid. It had a capacity of 54,900 people.

On 2007, Atlético Madrid and Ayuntamiento de Madrid signed an agreement for which Atlético would move within 3 years to the Estadio Olímpico de Madrid, better known as Estadio La Peineta, which is currently being renovated. After the 2016-17 season, The Vicente Calderón Stadium was demolished, a park was built in its place, and Atlético moved to the Estadio Wanda Metropolitano, now Estadio Cívitas Metropolitano (also known as Estadio Olímpico or by its nickname, Estadio de La Peineta) the following season.

Probably one of the best in Europe, Atléticos are the most intensive and loyal supporters of the Spanish League. Fans generally dance and sing theme songs and chants during the whole match, and they do so whether the team is winning or losing, whether it’s raining or under an unbearable heat. It is absolutely impressive.

How to buy Atlético tickets

Start by checking the official calendar of matches and look for the dates when Atlético de Madrid plays home. Note that the final date and time of the match are confirmed only a few days before. One more thing, the match usually takes place on a Friday, Saturday or Sunday. However, if the calendar obliges, matches may take place on other days of the week.

Next, pick the area of the Wanda Metropolitano where you would like to seat. A seating chart will help you choose the one that will suit you best.

How to get to the Vicente Calderón Stadium

This information is no longer useful.

Being relatively far away from the city center (around 4.2 km or 2.6 mi from the Puerta del Sol), it is not advisable to go there by foot.

Actually, the best way to get there is to catch the subway (line 5 stopping at Pirámides or Marqués de Vadillo stations) and walk from there.

Finally, you can catch a taxi. But before doing so, make sure you check the itinerary from your accommodation to the Vicente Calderón Stadium and you have printed some basic directions. Doing so you can avoid potential scams from the driver, the main one being a ride following a longer route.

How to experience the ‘Vicente Calderón Tour’

This activity is no longer available.