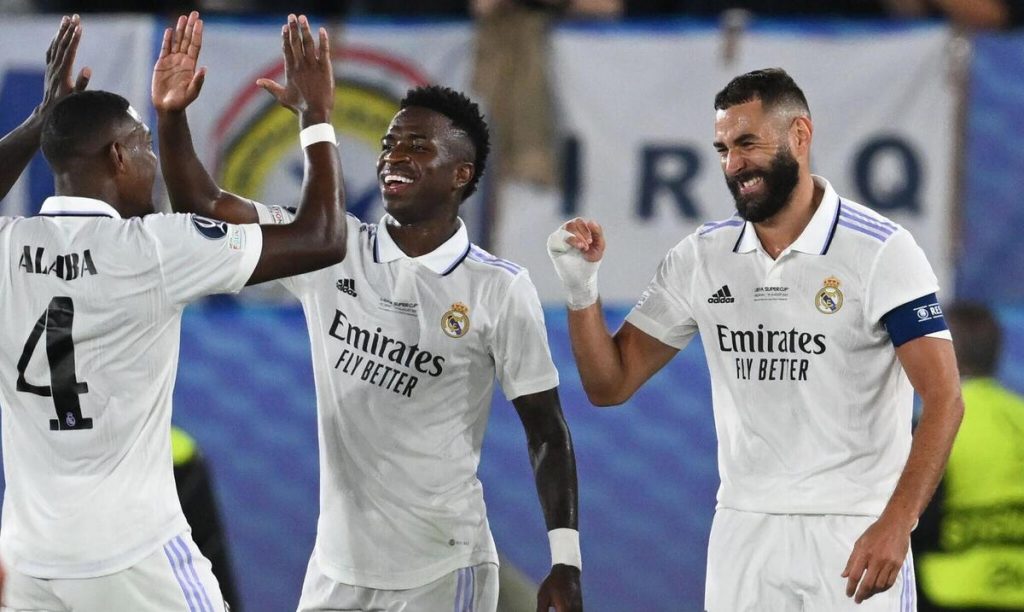 Experience the atmosphere at a Spanish league game right at the stadium and live in the moments when a whole city is united in a love of football.

Cheer with the rest of the locals while supporting your favorite team, creating a once in a lifetime experience!

There is no doubt that the Spanish football league is considered one of the world’s best leagues because of its high level of competition and players. From August to May, every weekend, in Madrid, Barcelona, Seville and other Spanish cities you can witness some of the best soccer players and games in a legendary stadium.

If you happen to be a Spanish league lover, you have surely watched one or many matches on the screen. But nothing on television can provide adequate preparation for the startling, exhilarating, bewildering, exhausting experience that is a live Spanish professional football match.

There are 20 teams playing LaLiga. So, arrange in advance your soccer experience in any city you want to visit and for any Spanish team you want to see.

If you want to live all the excitement of football up close,

Why missing the thrill of attending a passionate match and watch live the most popular football stars?

You can also go to a football match in Barcelona.

Apart from La Liga, Madrid CF is generally involved in other competitions. So the number of matches taking place at the Santiago Bernabéu is very high.

The Real Madrid Club de Fútbol official calendar details all the current season’s matches that the team have played or will do in the next few months.

Have a look at the Real Madrid CF calendar »

Get your Real Madrid CF tickets

Without a doubt, football matches at the Santiago Bernabéu are a classic. Real Madrid is a world reference and both foreigners and Spaniards try desperately to get tickets to watch their team live

Pick the Real Madrid match you are interested in and book now your tickets to Real Madrid in a secure and safe transaction.

I am sure you are anxious to enjoy the great experience of watching Real Madrid live in action.

The Estadio Santiago Bernabéu is the place where the Real Madrid Club de Fútbol stadium host their official matches.

If you are interested in the club’s history and evolution, you can go for the ‘Bernabéu Tour’, a complete tour of the premises.

You will immerse yourself in the history of the team in the Bernabéu Stadium museum. While touring exclusive areas, you will learn all about Real Madrid’s legendary players and football glory.

The Spanish football season goes from August to May, and Madrid two teams, Real Madrid FC and Club Atlético de Madrid, and each of them plays home alternatively every week.

So you can be sure that there is a football match at least once a week, or more if other competitions apart from LaLiga are going on as well.

With so many chances, you should not miss the opportunity to go to a soccer match in Madrid. You won’t regret it.

Have a look at the Atlético de Madrid official calendar »

The club is known for the rivalry with Real Madrid and also for the passion and everlasting support of the Atlético fans at the magnificent Wanda Metropolitano stadium.

Booking your Atlético de Madrid tickets in advance offers you the opportunity to watch a match of one of the hottest European football leagues.

Thanks to your Spanish league tickets you will attend an electrifying match!

Go to the Estadio Cívitas Metropolitano

The home matches of Club Atlético de Madrid take place at the Estadio Cívitas Metropolitano. If you are a soccer fan, no trip to Madrid would be complete without visiting this amazing stadium.

Apart from going to a match, you can also go on a tour where you will be immersed in Atlético’s history. You will discover every corner of the stadium and access unique areas such as the press room, the players’ dressing room and even set foot on the field.

The argument over which is the best league in the world is an ongoing battle between the Spanish and English leagues. Many believe that the strength in depth of the Premier League is far superior yet others suggest that the footballing powerhouses of FC Barcelona and Real Madrid ensures that LaLiga is the best.

Regardless of which philosophy you follow, I think you will agree that both leagues provide extremely entertaining football.

Therefore, any opportunity you get to purchase tickets, you should go for it… At least once in your lifetime, even if you don’t like football!

Why not including a soccer game on your Spain trip’s to do list? »