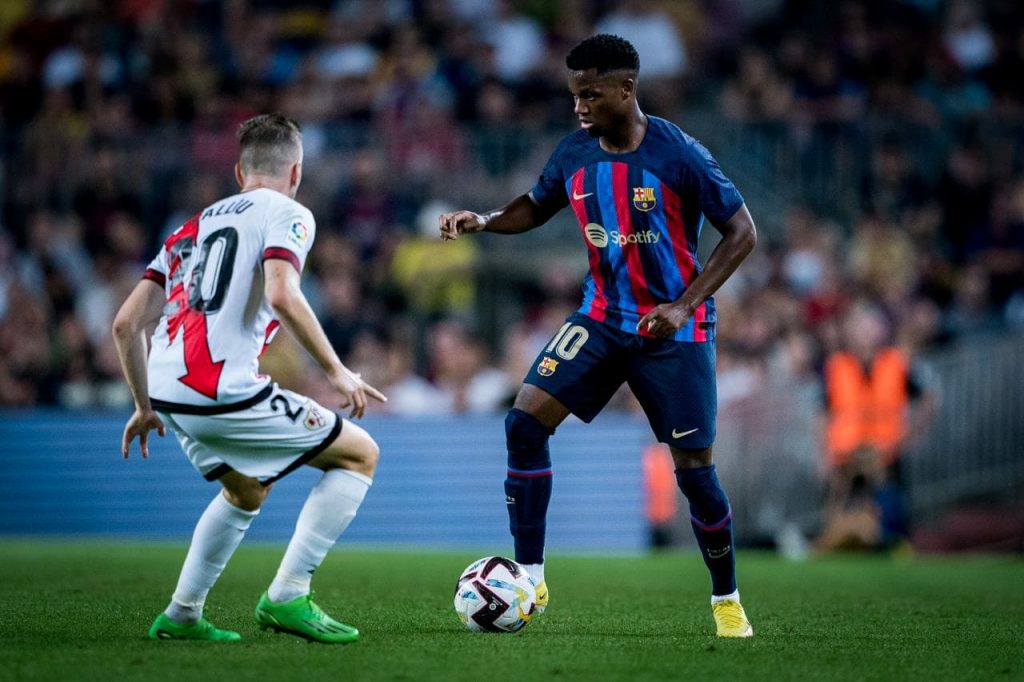 Purchasing your Spain soccer tickets is easier than ever. So don’t miss the chance of experiencing a unique spectacle and the fervor of the local football team crowd.

For instance, FC Barcelona has a fierce rivalry with Real Madrid and game between them is called El Clásico, perhaps the most anticipated and watched soccer game in the world. Already fans on both sides are looking forward to this contest after the arrival of megastars at Real Madrid and Barcelona’s triumphant last season.

But most importantly, any football match in Spain likely features some world-class players. And that is because professionals come from all over the world to play here.

As a matter of fact, you will find some of the best players in the entire world showing off their skills in Spain’s LaLiga.

So if want to enjoy top quality play from both seasoned professionals and up-and-coming stars alike, don’t think twice and attend a LaLiga football game.

FC Barcelona is currently considered one of the best football teams in the world. Barcelona is one the most successful clubs in Spanish football together with Real Madrid, having won an impressive 26 La Liga titles, 31 Spanish Cups, 13 Spanish Super Cups, 5 Champions League, 4 UEFA Cup Winners’ Cup, 5 UEFA Super Cup and 3 FIFA Club World Cup. In 2009, Barcelona became the first club in Spain to win La Liga, Copa del Rey and Champions League at the same time.

For those who consider themselves genuine football fans, watching Barça play at the mighty Camp Nou stadium is a must. Buy your FC Barcelona tickets and cheer your team to victory! Tickets are available for all seating categories at the Camp Nou stadium.

Camp Nou stadium is one of the world’s most iconic football arenas and has been home to many Clásicos – matches between Barça and Real Madrid, as I explained before. The ‘Camp Nou Experience’ gives you the chance to visit Barcelona FC stadium.

Walk through the most emblematic areas of the Camp Nou including:

If you like football or are a FC Barcelona supporter, don’t miss the opportunity to visit this fabulous stadium and get to see all the club’s trophies.

Book now your Sevilla FC tickets and support your team and players. Join an amazing crowd of football fans, shout, scream and cheer for the local team. And even if it’s not, it will be fun allowing your sports spirit to reveal itself completely.

Do you love the best of Spanish soccer or have a favorite team in Seville? Choose your tickets and take your part in some of the best football the world has to offer.

Booking your ticket in advance offers you the entry into the stadium. Don’t miss the opportunity to watch a match of one of the hottest European football leagues.

Get your Spanish soccer tickets and attend an electrifying match. Buy this season’s tickets, you will never forget the experience of seeing how the great talents fight with all that they have to win the most well-regarded titles of the world.

Get your Betis tickets online »

Over the years, Spanish LaLiga has been one of the top 3 professional soccer leagues in Europe. It usually stands at a second spot in the UEFA League rankings every year, after the English FA Premier League.

LaLiga has also secured 10+ Champions League titles and 10+ teams from LaLiga have so far participated in the Champions League. In both cases, those are higher numbers than any other European league.

So attending a Spanish football match means that you can see the world’s best players competing live.

What are you waiting for?