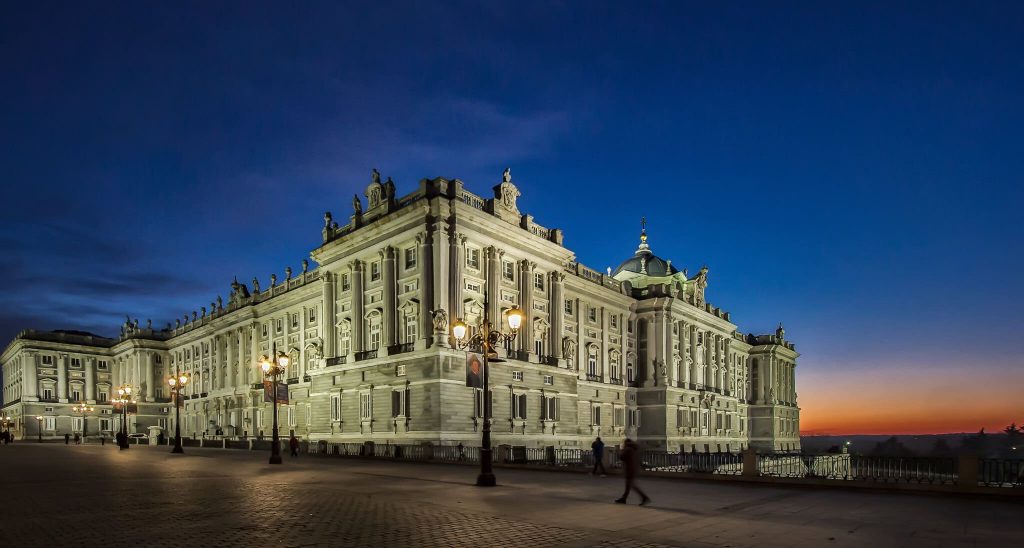 The list of Madrid attractions can seem daunting on your first visit, regardless of how many days you plan to spend in the city.

There are fabulous sights to see in every corner of Madrid. The broad range of architectural history provides a sumptuous backdrop to city life. Here you can admire medieval mansions, royal palaces, Spanish contemporary skyscrapers, and sober red brickwork Baroque complexes.

In fact, Madrileños are so proud of their city that their motto is “de Madrid al Cielo”. In other words, after Madrid there is only one remaining destination ­–Heaven.

Sightseeing in Madrid can be challenging, there are so many attractions that you’ll hardly run out of choices.

Madrid has so much to offer, but where to start? Obviously, you’ll want to see at least some of the major landmarks, including the Plaza Mayor, the Palacio Real and the Puerta de Alcalá.

Visiting Madrid means also strolling around of the beaten path neighborhoods, exploring lively markets and charming squares, while shopping in small stores or relaxing at a park.

Madrid museums, especially its top-notch art galleries, are some of the most visited in the world. But when you just have a few days, the real challenge is choosing which ones to visit during your holidays.

The quality of Madrid’s museums in general is unsurpassed. That said, we recommend you not limiting yourself to the Golden Triangle (Prado, Thyssen and Reina Sofía). You will find many treasures in some refreshingly not crowded and charming environments.

Getting to know any city is easier if you get a general sense of the personality and location of each neighborhood. Madrid is enormous, so here’s a roughly drawn map up top and a brief description of Madrid’s central neighborhoods, which are often divided by just one street or overlapping.

Every district in Madrid has a local food market selling an immense range of products. These markets are essentially a hybrid between grocery stores and farmers markets, and are great places to experience how Madrileños shop, and even have a coffee in between.

Besides its light, Madrid is also known due to its green spaces. There are several gardens and parks where you can picnic, row on a boat, stroll and play games. Sit and relax in one of them if you feel exhausted of exploring the city.

Bullfighting in Spain became popular at the end of the 18th century. It is certainly one of the best-known Spanish customs as well as an important part of the country’s history and culture.

Considered the mecca of bullfighting, Las Ventas (Madrid’s bullring) hosts every year some of the most important fights in the world. The season’s major event, the Feria de San Isidro, gathers famous matadores and is a delight for most aficionados.

The city is passionate about sports and holds some major sporting events every year. While football is the most popular one (with teams Real Madrid and Atlético), tennis, basketball (with Real Madrid again and Estudiantes), running, cycling also draw the supporters’ attention.

If you are a sports fan, make sure to add a game day to your Madrid vacation – it’s an absolute must! The sports atmosphere in Madrid is thrilling all year round and some of the most intense competition is within our own rivalries.

Spain is a very musical country, starting with flamenco – a traditional style where music singing and dancing blend to convey passion and deep emotions. While Andalucía, in Southern Spain, is considered the cradle of flamenco, Madrid offers some impressive shows performed by famous artists.

Madrid is a city that boasts live music venues, clubs, concerts places and every kind of music show that you can imagine. After becoming one of Europe’s leading music destinations, Madrid’s sophisticated music panorama goes from cozy jazz to innovative electronic DJ sessions.

Zara, Mango, Camper, Pretty Ballerinas, Desigual… Spanish brands seem to be buying out the main shopping areas all over Europe and beyond. You’ve decided where to go; now it’s time to decide where to shop.

Each downtown area in Madrid has it’s own unique personality and atmosphere – Barrio de Salamanca with all the major international and luxury brands, Malasaña packed with independent shops, and Chueca being the fashionistas’ paradise.