Awesome things to do on New Year’s Eve in Madrid 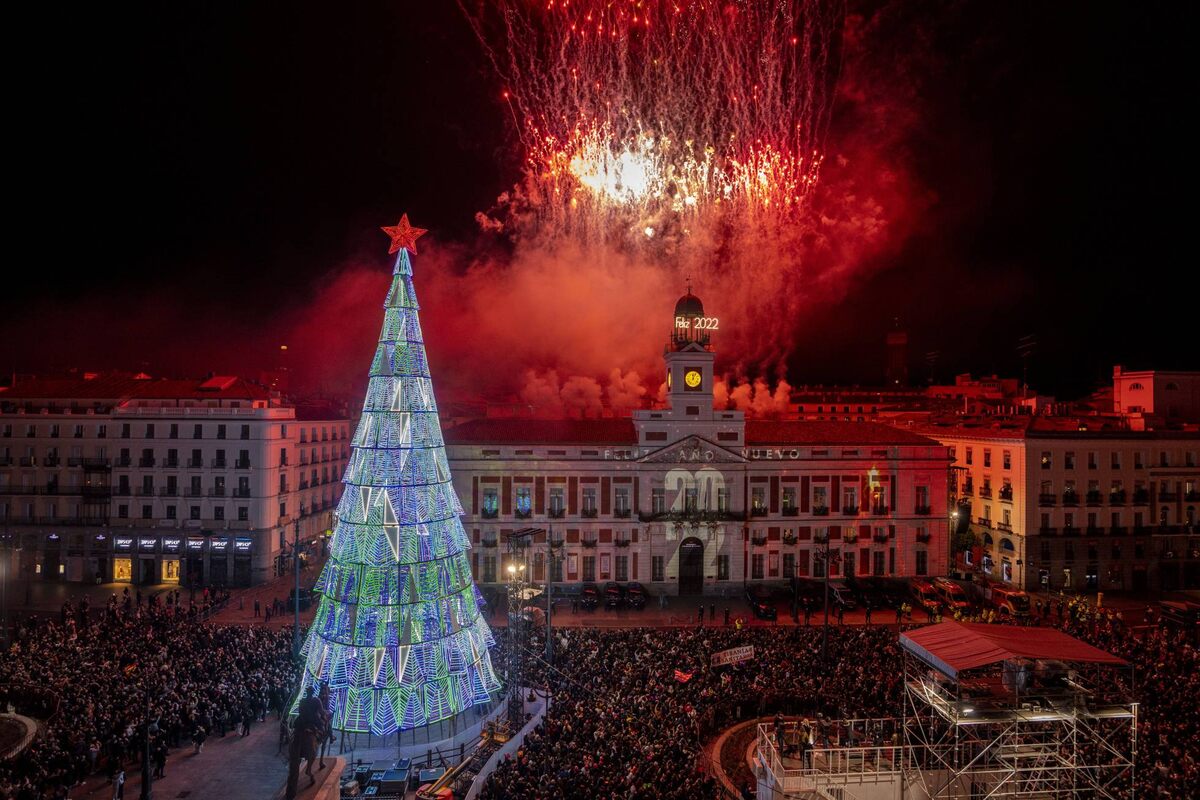 Looking for things to do on New Year’s Eve in Madrid? Check out these ways to welcome in the New Year in style!

New Year’s Eve is generally a family celebration in Spain where people gather at home for a special traditional meal, but for people visiting Madrid this New Year’s, there are still a tons of great options to start the year in full swing.

Treat yourself with a New Year’s special menu

A selected number of the most popular restaurants prepare a special menu for New Year’s Eve in Madrid. While most Spaniards celebrate New Year’s Eve at home, you could be one of the many visitors that decide to celebrate in Madrid with a superb a meal.

The options are endless, since you could for example go to the finest hotel in town, the Hotel Palace to have a luxurious dinner. Alternatively, you could book a table at the cutting-edge NH Collection Madrid Gran Vía where you can enjoy some wonderful views of the city from its impressive sky bar…

With such an incredible of offer of great food and amazing wine you will have a once in a lifetime experience.

New Year’s Eve in Spain is called Nochevieja that stands for “The Old Night”. Hours before midnight on New Years Eve, tens of thousands of people gather in Madrid’s Puerta del Sol to await the chimes of the clock on the tower which dominates the Spanish capital’s central square.

Now, Spain has a very special way of doing this: everyone eats one grape for every chime the clock rings for the last twelve seconds of the year!

The first grape, and the second, are easy… But as your cheeks get filled it will be hard not to laugh making it harder to eat all 12 grapes on time. However, if you are brave enough and manage to eat all the 12 grapes as the last chime, you will have a lucky year.

Tip: choose them seedless, or peel them before…

Hack the calendar and avoid the usual crowds

As you can imagine the Puerta del Sol is completely packed  a few hours before midnight. Thousands of visitors and Madrileños gather here on New Year’s Eve to welcome the beginning of a new year…

But you don’t have to wait until December 31st.

Actually, if you want to see the clock in action at Puerta del Sol, you have four chances to do it. Make sure you live the experience!

You can celebrate the beginning of the year at the Puerta del Sol a day in advance! It’s when they test the clock so you can hear the 12 chimes just as they will sound on the 31st.

The New Year’s Eve official rehearsal is almost as popular as the night of 31st, and there are many people who celebrate with joy the “fake” or “in advance” beginning of the year as if it was the real one.

In fact, it’s the day that many Madrileños prefer, since the next day they usually have dinner with family or friends. But show up early as pretty much everyone has the same idea and you may not  fit in!

It’s the best option if you’re traveling with children since there is no agglomeration. So if you hate crowds, here’s your chance!

Try to go a few hours in advance to enter the fenced area. If you go too late, it will be impossible to grab a spot.

You’ll have to stand in line at one of the entry points before a security guard lets you in. Be patient and do as locals do: people go very well prepared with portable coolers, drinks on hand, and a lot of laughs. And yes, you can enter the fenced area with your own alcohol as long as it’s not in glass bottles.

Please note that on both nights of the 30th and 31st, the Puerta del Sol will be evacuated at 21:00 and there will be security personnel controlling the capacity. So don’t try to cheat hiding inside the Christmas tree…

And avoid getting off at the Sol Metro station as from these hour onward the metro won’t stop at Sol until the following morning.

A New Year’s Eve party, or cotillón, is the perfect way to welcome the New Year. Given the following day is a national holiday, locals are often out partying until the wee hours of the morning, and there are many ways you can get in among them and celebrate Madrileño style!

Teatro Kapital, Joy Eslava, Opium are some of the clubs that host special parties for New Year’s. Most of the clubs in Madrid hosts parties that you should definitely book in advance, so it’s worth doing a bit of research before you go.

If you plan on bar hopping with your friends just bear in mind that most places won’t be selling entry at the door and if they are, they will likely be packed if you don’t get there early!

Spain’s legendary flamenco scene is one of the country highlights and as you might have guessed, there are many special flamenco performances on New Year’s Eve.

Madrid is a perfect place to see flamenco in the land where this dancing style was born. But, with an abundance of venues, finding the right show can be a tricky. Here is a list of places where you can enjoy a traditional flamenco show.

Another tradition, far more practical than grape eating, is the stop for chocolate con churros on the way home.

Served hot and straight out of the the frier, churros are elongated, star-shaped pieces of deep fried dough covered in sugar. And as delicious as they are on their own, they are served with a side of velvety melted chocolate for dipping.