When is the best time to visit Madrid? 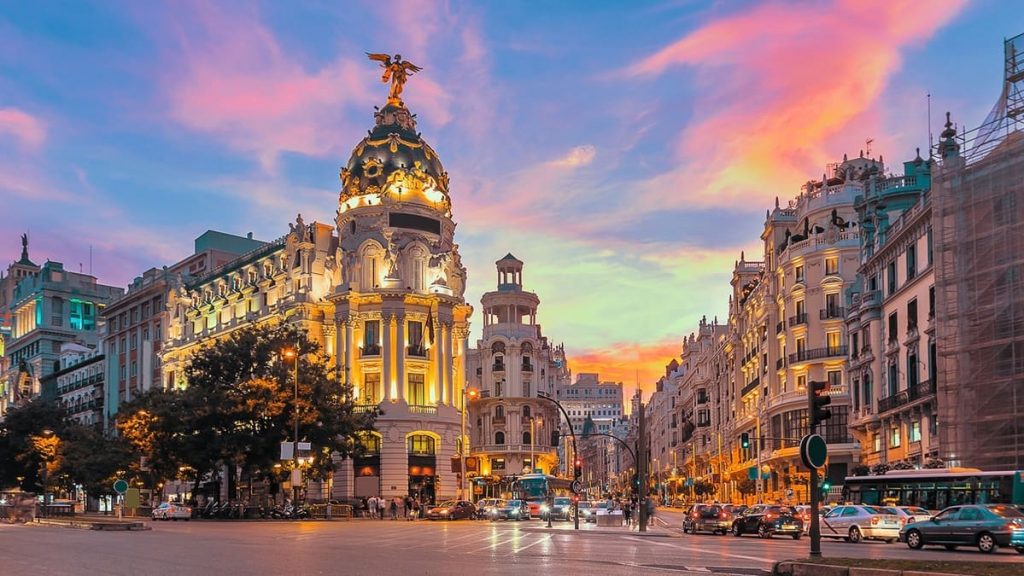 When is the best time to visit Madrid? It’s a buzzing city all year round, but the rhythm and activities vary from one season to another.

It’s an appealing destination with something interesting going on no matter when you go.

That being said, Madrid is such a diverse and multicultural city that it really depends on your preferences. Whether you like warm temperatures and titillation or fresh air with no crowds, you’ll enjoy Madrid at any time.

Deciding when to go depends on what you want to see and do:

Here’s my guide to help you decide the perfect time to visit Madrid.

When is the best time to visit Madrid?

OK, let’s get to the point.

In just a few words…

My personal advice on the best time to visit Madrid

The best time to come to Madrid is really a matter of personal choice. There’s actually no perfect time as every season has its pros and cons.

This is not the best time to visit Madrid. It’s during this period when most visitors come to the city for different reasons.

First of all because of the many street parties and summer festivals happening in June and July, with Madrid Pride (June) being one of the highlights. In addition to this, most museums and attractions are exceptionally busy in July with schoolchildren on holidays and an influx of international tourists to the city. Therefore, I strongly recommend you to head out early each day and book ahead for the main attractions.

The second one reason to avoid this period is the heat. Madrid’s weather is particularly dry and there won’t be any rainfall except for a couple of summer storms. Days are extremely sunny, but also very hot with temperatures often breaking 40ºC (104ºF) throughout July. Actually, you should avoid being outside at midday and early afternoon.

During December, and particularly so during Christmas time, the city mutates into a frantic place – outsiders come to admire the street decorations and locals become crazy shopping everywhere. You may have a hard time finding a hotel room or an apartment, especially at the cheaper accommodations. And most sights, especially museums, have generally long lines to access (but you can still skip them!)

Shoulder season (From March to May, September and October)

Late spring and early fall  are the best times for visiting Madrid. From late March to late October, Spain benefits from daylight saving time so days are extremely long. To give you an idea, from mid-June to mid-July the sun sets at 22:00, allowing plenty of time to visit the city.

Additionally, temperatures are usually mild and it’s a pleasure to walk around the Madrid de los Austrias, the oldest part of town, or the Barrio de Salamanca where you can find the best shops. There won’t be as many tourists as there will be in the high season, but you’ll still have long days to take advantage of for sightseeing.

All in all, May and October are definitely the best months to travel to Madrid because of their amazing weather and incredibly long days.

Winter is the slow season for visiting Madrid.

Besides December (including Christmas and the end of the year), the off-season is a very attractive time to visit. The number of tourists is significantly lower, the lodging offer is large, and the airfares are more attractive. You can visit most of the places at a relaxing pace and room prices are at its bottom.

Probably the only disadvantage to coming in the winter is that all the outdoor cafes (terrazas) are closed. This doesn’t mean you won’t be outside exploring the city during most of the day. While it’s true that the temperatures can be chill, it doesn’t go below freezing often.

August is traditionally the month of school and work holidays, so skip these dates if you can.

Bear in mind that not only tourists (whether they are backpackers or high budget travellers) choose this time of the year to travel, but you also need to know that Spaniards are also on holidays at that time of the year, especially in August. So people from other parts of Spain come to Madrid to visit, and Madrileños go on holiday meaning that many shops, bars and cafés are closed.

If you’re still unsure about your trip dates and when is the best time to visit Madrid, have a look at the month-by-month events calendar. It details annual special events, holidays and insider top picks – those you won’t find on regular tourist guides or at your hotel’s lobby.